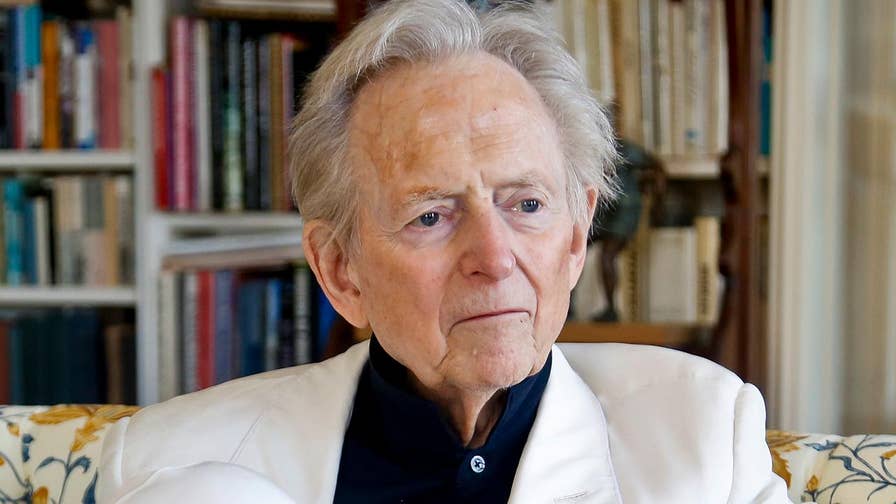 Author of ‘The Right Stuff’ and ‘Bonfire of the Vanities’ died in a New York City hospital according to his agent.

Tom Wolfe, the author of such legendary novels as “Bonfire of the Vanities,” “The Right Stuff” and “The Electric Kool-Aid Acid Test,” died Monday after being hospitalized for an infection, his agent told the Wall Street Journal. He was 88.

Wolfe’s agent Lynn Nesbit told The Wall Street Journal he died of pneumonia in a New York hospital on Monday.

Wolfe is credited with being the founder of New Journalism. He insisted the only way to tell a great story was to go out and report it. His writing style was rife with exclamation points, italics and improbable words.

One of the lines in “The Bonfire of the Vanities” reads: ““They go, “Hehhehheh . . . unnnnhhhh-hunhhh.”

Among his acclaimed books were “The Right Stuff” and “A Man in Full.” His best-known work, “The Bonfire of the Vanities,” a satire of Manhattan-style power and justice became one of the best-selling books of the 1980’s.

“The Bonfire of the Vanities” was adapted into a movie in 1990 starring Tom Hanks, Bruce Willis and Melanie Griffith. “The Right Stuff” was also adapted into a film in 1983 starring Dennis Quaid and Ed Harris.

Wolfe was born in Richmond, Va., in 1931. He was known for wearing his signature white suit in public.  Wolfe lived a private life in Manhattan with his wife Sheila Wolfe, the former art director for Harper’s magazine. The two wed when he was 48 years old and have two children, Alexandra and Thomas.

Condolences poured in from public figures and writers following the news of Wolfe’s death.

The Associated Press contributed to this report.