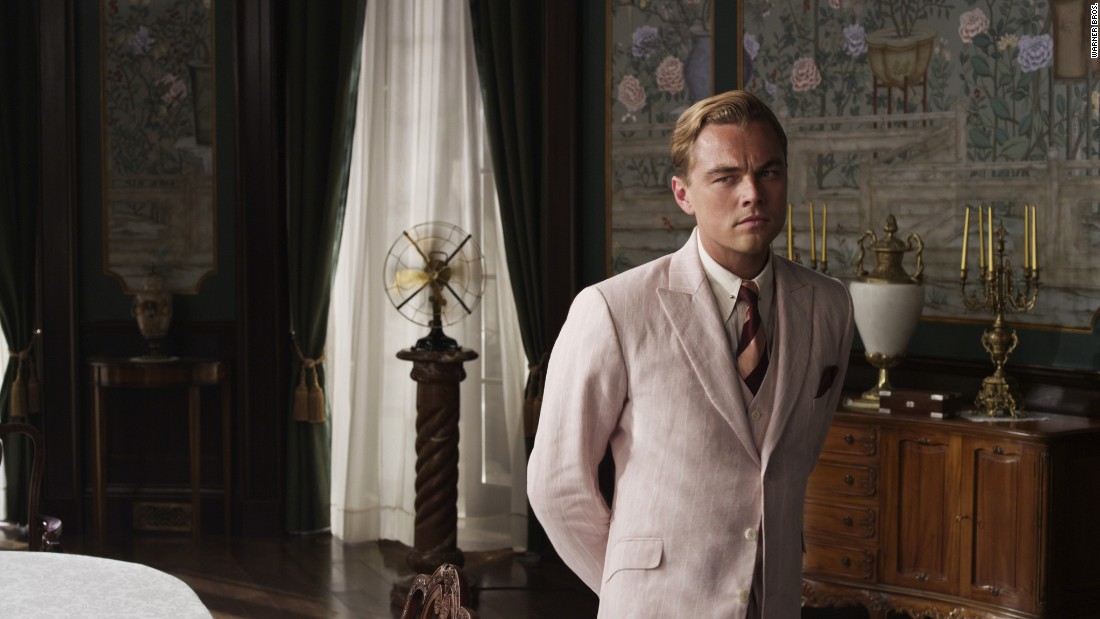 CNN tracked down some of literary and cinematographic history’s most famous post codes and calculated their value in today’s property markets. Use the slider tool to reveal their prices.

Great Gatsby’s home in F. Scott Fitzgerald’s novelis a symbol of1920s wealth in America.
“In his blue garden men and girls came and went like moths among the whisperings and the champagne and the stars,” the narrator says of Gatsby’s buzzing property.
One of the properties thought to have inspired Fitzgerald — and director Baz Luhrmann’s 2013 film adaptation, the source of the image above — is the Beacon Towers in Great Neck, Long Island, near where the author lived between 1922 and 1924, and wrote the first three chapters of the novel.
Demolished in 1945, the Gothic building had belonged to suffragette and architectural designer Alva Belmont, who threw opulent parties for the city’s elite.
All this history combined with literary fame, would have further upped the mansion’s price today, says associate broker Maggie Keats of Douglas Elliman Real Estate.

The famous, morbid ball scene in Bulgakov’s novel was partly inspired by wild parties held at the Spaso House, the US ambassador to Russia’s residence since 1933.
Bulgakov and his wife attended one such revelry in 1935, where live pheasants, baby bears, goats and roosters mingled with guests in smoking jackets and ball dresses.
According to Savills global real-estate agent, the value of the Spaso House today puts it in the top 5% of Moscow’s real estate.
Despite this, the US government paid $3 per year between 1990 and 2004 to rent the building — this fixed price was set by a Soviet-era contract, which devalued after the collapse of the USSR. The rent has since changed but is a secret.

When Conan Doyle wrote his detective series, the real Baker Street in London stopped in the 100s — 221B didn’t exist.
When the street was renumbered in the 1930s, the Abbey National Building Society bank was assigned the notorious number 221.
The bank received so many letters addressing the famous detective that it hired a secretary to respond to the queries.
A dispute over whether the Sherlock Holmes Museum — located at 239 Baker Street, and opened in 1990 — or the bank should receive such letters was resolved in 2002, when the bank left the building.
The Holmes Museum, which emulates the detective’s home, is technically located between 237 and 241 Baker Streetalthough special permission from the City of Westminster allowed it to list its addressas 221b.
The property’s current exorbitant price tag may have proved challenging even for the celebrity detective, due to the explosion of London’s property market over the past 20 years.

The nine-year-old Swedish children’s book heroine Pippi lives in Villa Villekulla with a monkey, Mr Nilsson, and a horse who is usually found on the porch. One of the house’s main treasures is the tree that grows Swedish soda water.
The house pictured above, built for the 1969 Swedish TV series based on Lindgren’s books, is now the Pippi Longstocking Museum located at the heart of an attraction parkin the small town of Kneippbyn on Sweden’s Gotland Island.

The two small flats where this movie plays out shape the plot and atmosphere of this classic romance, as neighbors Chow Mo-wan and Su Li-zhen learn that their spouses are having an affair.
The typically cramped Hong Kong properties reflect the characters’ lack of privacy — they are constantly spied upon by other neighbors and their landlords — and are a catalyst for them falling in love.
But there is also a political context. By the early 1960s — the era depicted in the film — thousands of Shanghai exiles had moved to Hong Kong, especially to the North Point neighborhood.
Many of them were wealthy business people (like Su’s husband) and intellectuals (such as Chow), and expecting their move to be temporary they led a separate life to locals, which explains the characters’ sense of alienation.
Engel & Vlkers estimated the value based on the cost of an average 861-square-foot (80sqm)flat in a traditional walk-up in North Point, Hong Kong.

The house in which generations of the Buenda family live, love and die in the fictional village of Macondo was inspired by Nobel laureate Gabriel Garcia Marquez’s grandparents’ home in Aracataca, Colombia, where the author grew up.
“Neither my mother nor I, of course, could even have imagined that this simple two-day trip (to sell my grandparents’ house) would be so decisive that the longest and most diligent of lives would not be enough for me to finish recounting it,” Marquez wrote about his trip to the house as a young man in his autobiography “Living to Tell the Tale”.
Based on Marquez’s writings, Colombia’s Ministry of Culture in 2010 spent $350,000 reconstructing the house — which had been demolished — and opened it as a museum in the author’s name.

The Bran Castle in Brasov, which is now owned by the Romanian royal family, is generally associated with the famous vampire Dracula, and consequently receives 800,000 visitors a year.
But there isn’t any historical evidence to support the myth around Bran. Built in the early 13th century by the Teutonic knights, the castle has no concrete link to Vlad Tepes — the Wallachian medieval king who inspired Stoker’s vampire. While Tepes ordered the killing of many Saxons in Brasov, it is not known if he ever stepped foot in the castle.
Nevertheless, Forbes magazine deemed the property to be the most expensive European home in 2007.
Romanian real estate agents Transylvanian Properties used that figure to make their estimate, taking into account subsequent renovations and extensions.

This film’s whimsical depiction of contemporary Parisian life revolves around Amlie Poulain, a shy waitress who lives in a tiny Montmartre flat.
With its crimson walls, replica Renaissance paintings, and pig-shaped bedside table lamp, the flat reflects Amlie’s cheekiness and charm.
The neighborhood is part of the 18th arrondissement, in north Paris, near the Sacre-Coeur basilica, the Moulin Rouge cabaret and a Dali museum. Montmartre became famous as an artists’ hub, where the likes of Pablo Picasso and Vincent Van Gogh lived, attracted by the cheap rents.
But this is not the case anymore — the general increase in property prices across Paris, as well as tourism and the municipal renovations in the area, led to a 260% increase in property prices from 2000 to 2016, according to MeilleursAgents.
Amlie set locations are part ofthe tourists’ route, and the film might have played a role in the neighborhood’s property price rise.

In her memoir, Danish author Blixen described in detail the Nairobi farmhouse in which she lived from 1917 until 1931 — a description which later informed the 1985 film of the same name starring Meryl Streep.
After Blixen’s return to Europe, the house had multiple owners until in 1964 the Danish government bought it and gave it to the Kenyan government as an independence gift.
Initially, the government used the building as a college principal’s home, but it opened it as a museum in 1986, after the success of “Out of Africa” the movie.
The film, however, was shot in a different house in Kenya, which had previously belonged to Ngina Kenyatta, the widow of the east African country’s first President Jomo Kenyatta.

And one that really is fictional…

Hogwarts is the center of the Harry Potter world. Built in the Scottish Highlands in 993 AD, according to JK Rowling’s texts, this old ruined castle features 142 staircases, ample towers, turrets and forests, as well as a quidditch field and lake.
The Harry Potter films usedseveral locations in England to recreate the magic of Hogwarts, including the banquet hall at Christ Collegeand the Bodleian Library in Oxford, Gloucester Cathedral and Alnwick Castle in Northumberland.
Because of this, CNN asked a real estate expert to estimate the approximate value of thefictional building only, excluding fields and forests, and assuming it were located in the Scottish Highlands.