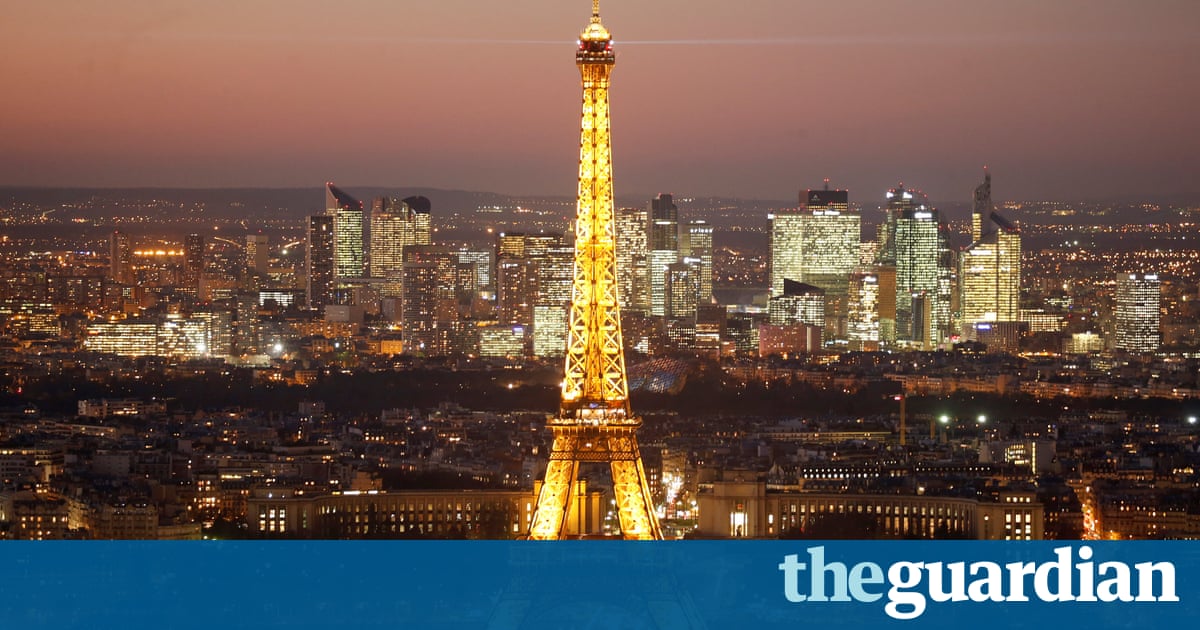 The US president, Donald Trump, will arrive in Paris on Thursday, to be greeted with a show of military pomp by the French leader Emmanuel Macron, who has chosen to move from his aggressive first handshake and style himself as Trumps new straight-talking best friend on the international stage.

Trump, under pressure over his sons meeting with a Russian lawyer during the US election campaign, will begin a 24-hour visit to the French capital, where Macron will woo him by escorting him to Napoleons tomb, taking him to dinner at the Eiffel Tower then watching the Bastille Day military parade on the Champs Elyses.

The centrist presidents invitation to Trump might at first seem surprising, after he publicly asserted his superiority by crunching Trumps knuckles at their first meeting in May and later rebuked him for pulling the US out of the Paris climate accord.

But the invitation is part of a determined strategy by Macron, who observing the US presidents increasing isolation on the western stage has sensed an opportunity.

Christophe Castaner, a government minister and spokesman, described it as a kind of persuasive bridge-building with Trump. Sometimes Trump makes decisions we dont like, such as on climate. But we can deal with it in two ways: we can say We are not going to talk to you, or we can offer you our hand to bring you back into the circle, he said.

The invitation for a US leader to attend this years Bastille day military parade had been in the pipeline long before either Trump or Macron were elected, because 2017 marks the 100th anniversary of the entry of the United States into the first world war. Inviting foreign leaders to Bastille Day celebrations is common in France Nicolas Sarkozy even made Syrias Bashar al-Assad a guest of honour in 2008. But it was not certain Trump would accept when Macron personally re-issued the invitation in a phone call last month.

The Elyse has added what one official called a personal post-card tourism touch: instead of dining at the Elyse Palace, Macron and his wife, Brigitte, will invite the Trumps to eat a meal cooked by the chef Alain Ducasse in a restaurant at the top of the Eiffel Tower.

It is a deliberate attempt to show the French capital was still welcoming after Trump told a rally that Paris is no longer Paris following a string of terrorist attacks.

The Trump organisation has no financial interests in France and it is unclear how well the US president knows the country. He said last year that the 2015 Paris terrorist attacks would have been very different if French citizens were allowed to carry guns.

On Thursday afternoon Macron and Trump will hold more than an hour of talks at the Elyse Palace focused mainly on counter-terrorism, Syria, Iraq and French anti-jihadi military operations in north Africa. Where we have differences, we talk about them very clearly such as on climate but there are issues like counter-terrorism where we are on the same line and need close cooperation and common action, an Elyse official said.

French diplomats said Macron had been concerned about Trump feeling backed into a corner. The French leader has seen a potential opportunity to sway US thinking and elevate the role of France a nuclear power and permanent member of the UN security council in global affairs, in particular on Syria and the Middle East.

France is the second-biggest contributor to the US-led coalition in Syria and French officials had expressed concerns about what vision the US had in Syria beyond taking the military fight to Islamic State.

The two leaders are starkly different. Trump, 71, is an anti-globalist elected on a pledge to put America first. Macron, 39, believes in a kind of cosmopolitan globalism and is an ardent pro-European. Yet they share some traits both were outsiders who challenged their countrys political status quo. Trump loves a winner and although he deemed Macrons far-right rival, Marine Le Pen, the strongest candidate in Mays French presidential election, he has praised Macrons solid election score.

The military pomp of the Trump visit reflects Macrons new style of showmanship diplomacy seen when he invited Russias Vladimir Putin to the palace of Versailles. It is aimed at highlighting French prestige and grandeur and as much for his domestic audience as foreign leaders.

Macrons defiant, alpha-male handshake with Trump when they first met in Brussels in May played well at home in France. He had to show the French domestic audience he knew how to say no to America, said Philippe Roger, author of the American Enemy, a history of French anti-Americanism, adding that for Macron to be seen to be too pro-US would be the kiss of death in French politics. But he said Macron was now showing it was time to talk to Trump.

I think Macron understands very well that with Mr Trump you have to be present see him and talk to him face to face Ambassadors dont exist for Trump The only thing is to be in the same room and to talk.

Laurence Nardon, head of the US programme the French institute of international relations (IFRI) said: Macrons team tried to establish respect in the first phase and now Macron is trying to become the best buddy in the second phase. It strikes me really as quite clever. Its probably a very smart approach to deal with a bully.