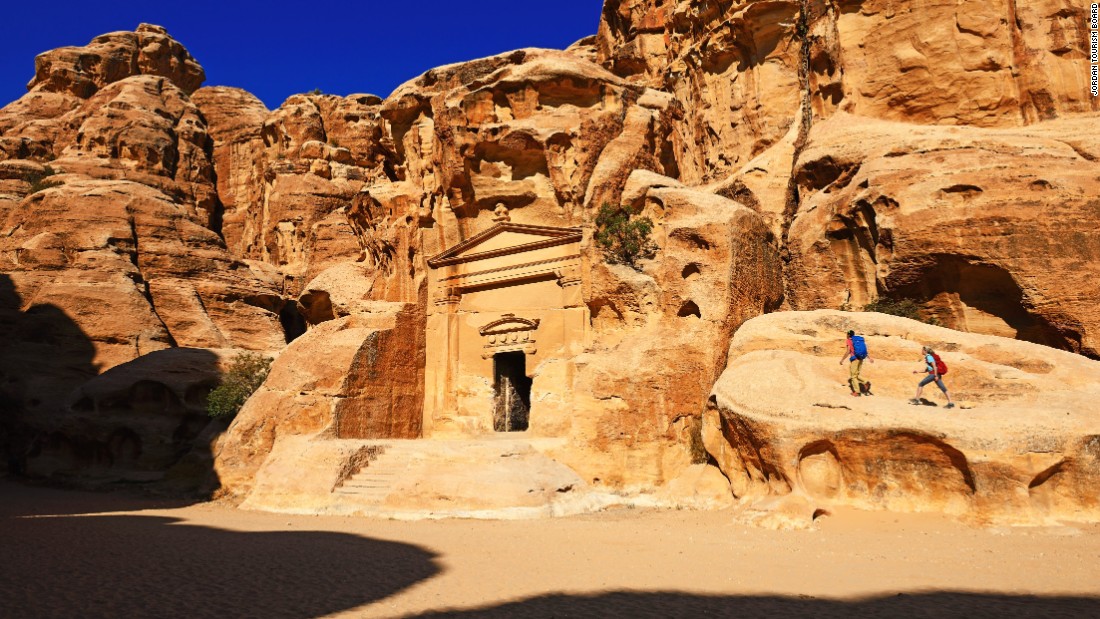 (CNN)Picture the Appalachian Trail in California, or the Camino de Santiago in Spain.

That’s the Jordan Trail, and only a slice of it.
The 650-kilometer trail takes about 40 days to complete, starting at the northern tip of Jordan in the city of Umm Qais and ending in Aqaba in the south, where hikers meet the country’s only coastline.
Jordan is more than just desert, and the cross-section of the nation that the Jordan Trail cuts through is a tour de force in diversity. 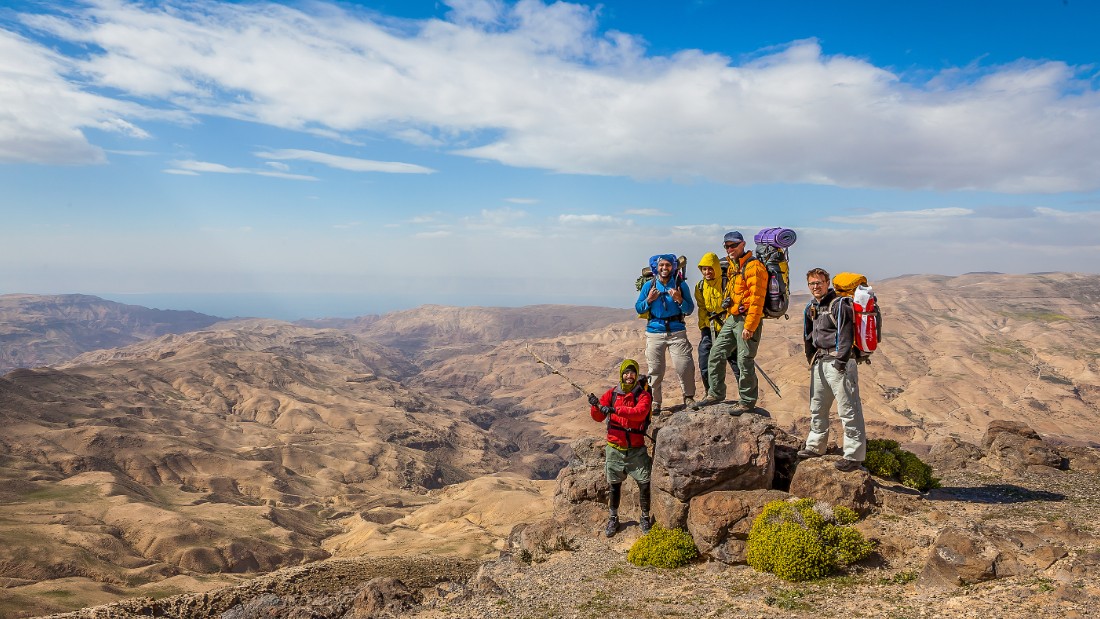 Hikers move through four ecosystems, defined by lush and fertile valleys in the north, then on to rugged canyons along the Dead Sea, waterfalls and hot springs in the semi-arid central regions, and finally towards the famed Wadi Rum desert in the south.
The trail takes old Roman and Ottoman roads through Petra, the Nabatean city that is as famed as it is mystical, and which dates back to about 300 BC. Today, it’s the postcard picture of Jordan.
Officially opened in February 2017, the Jordan Trail is being billed as a new tourism initiative pegged on inclusivity. The route features 52 local villages, which hikers use as points of lodging, providing business opportunities for towns newly introduced to the tourism trade.
Trekker Olivia Mason, 25, from Glasgow, Scotland — among the trail’s first hikers — says the route opens up new experiences.
“We stayed with one family in Khirbet Al Souq and we were only their second guests,” she tells CNN.
“They gave us their whole house to sleep in and moved in with relatives nearby. We talked with the family about their lives and the area, and in the morning we watched the children go to school in their uniforms. It is these encounters that make the trail a really unique way to experience Jordan.” 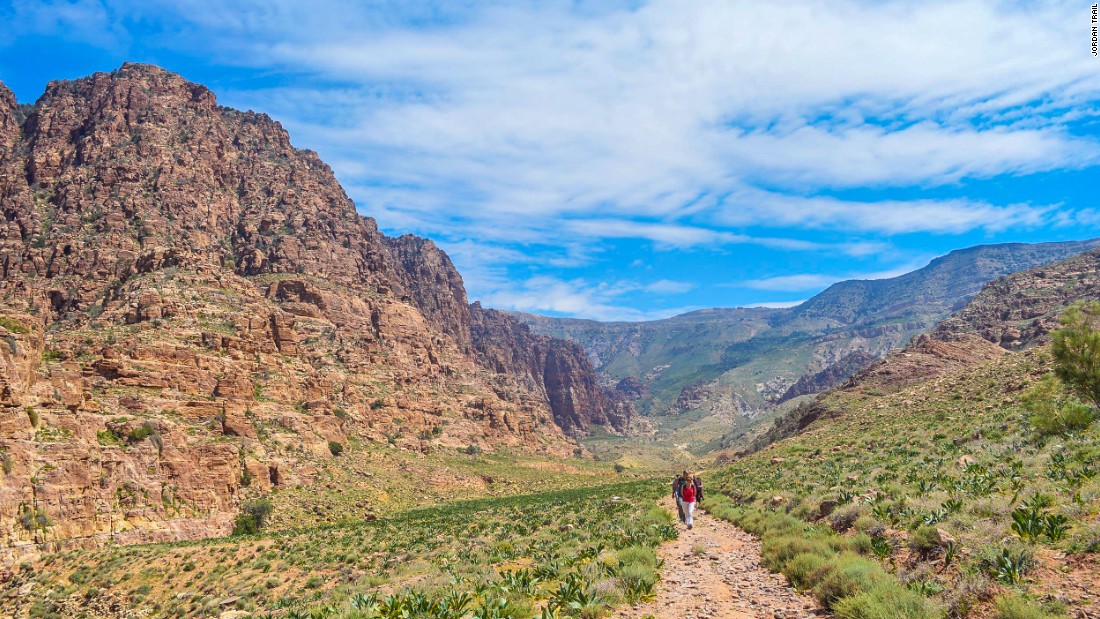 Often classified as an adventure trail, the tour is more suitable for those in strong physical condition, but is still open to a large range of hikers.
Mahmoud Bdoul, one of the guides along the Jordan Trail, has been taking tourists through Petra for 10 years, and says the trail offers a great escape from the trappings of modernity.
“When you complete the trail and arrive in Aqaba, you realize the noise of cars has been absent from your life for a month,” Mahmoud said last year after doing the first technical walk-through for the hike.
Mahmoud was born in a cave in Petra and his Bedouin upbringing introduced him to the peace of the desert at an early age.
“I spent two years living in the cave where I was born until 1985 when Petra became a UNESCO heritage site,” he says. “The government made an agreement with my Bedouin clan and we moved out of the caves to a new village built on the north side of Petra.”
Mahmoud’s village became one of the first beneficiaries of the tourism trade in Jordan.
“The people in my village, as traditional Bedouins, used to depend on goat-herding and growing agricultural crops, such as parsley, wheat and olives,” he adds. 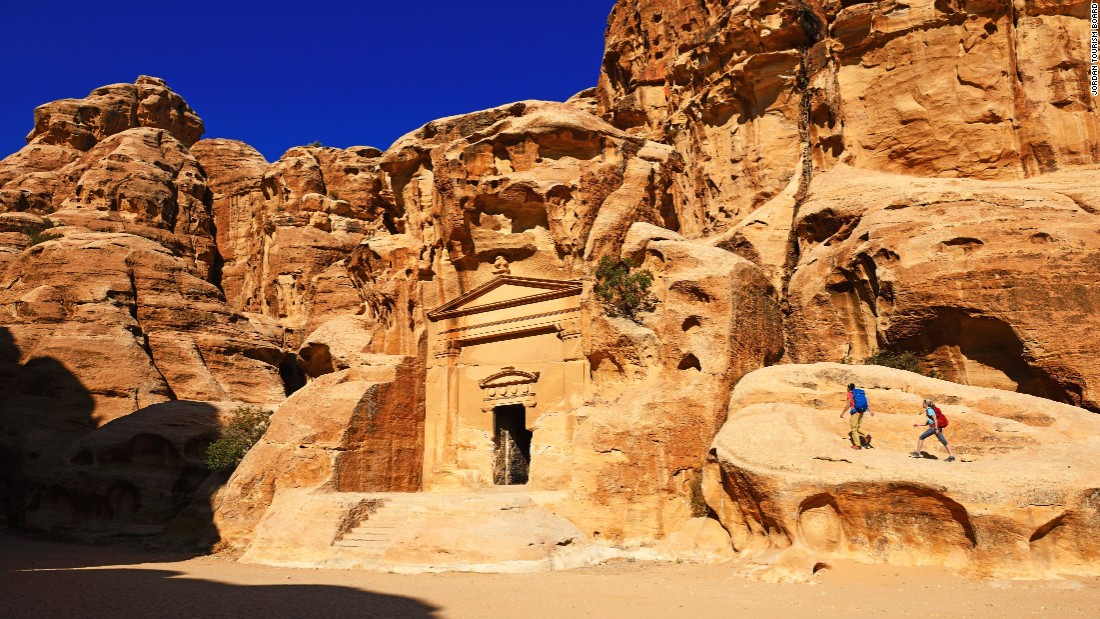 As a student of sustainable tourism, Mahmoud believes the most vivid memories hikers will take away will be of the people they meet.
“Visitors will be surprised with the hospitality of Jordanians,” says Mahmoud. “The trail really lets the trekkers enjoy dealing directly with locals in their Jordanian environment, seeing them in their villages and experiencing their daily lives.”
As Mason completes one of the first publicly open walk-throughs of the trail, she’s living the experience first-hand.
“There is so much history throughout the trail, of course including Petra, but also sites such as Ajloun Castle, Karak Castle and Iraq Al Amir,” she says.
“But the culture, too, shines, whether through the homestays where local food is always eaten or people that always welcome you into their home.
“Everyone always says that if you stopped for everyone who offered a cup of tea on the trail, you’d never finish.”

Um Qais
This northernmost point of the Jordan Trail sets hikers off into a panorama that isn’t often associated with the country, let alone the Middle East.
Verdant forests filled with the sounds of birds and farm animals greet your early footsteps along the route.
The northeast corner of the nation is where most of the country’s population is located and there are lots of villages along the way, as well as Bedouin herders who mush their goats and sheep with authority.
This region is truly the most representative of the overall Jordanian population, yet the least known to foreigners.
Wadi Mujib
This wadi — the Arabic word for valley — cuts through a central section of the Three Wadis region and opens up on to the Dead Sea.
The area is a designated reserve, and contains a number of migratory bird species that are popular among bird-spotters.
During the spring and summer seasons, Wadi Mujib’s canyons fill with water, creating mild rapids you can float down. 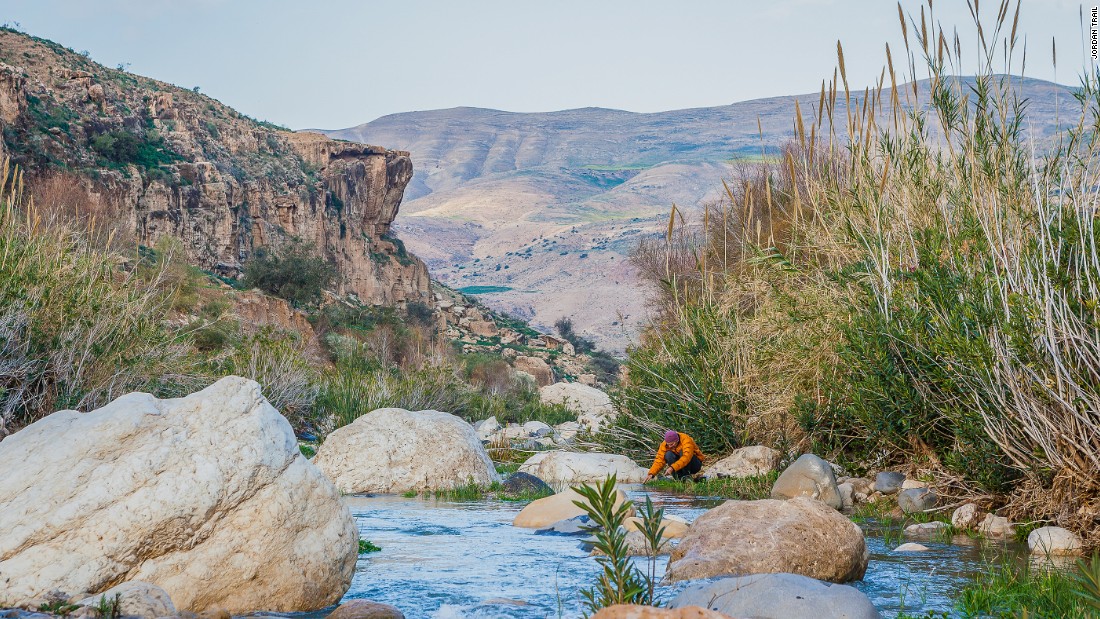 Wadi Hasa
In south-central Jordan, hikers pass through Wadi Hasa, an area filled with limestone waterfalls and babbling brooks.
The water from these rivers is used by local farmers, who can be seen growing a host of vegetables, including tomatoes and melons.
Wadi Hasa also has historical value. The valley, known in Hebrew as Zered, is mentioned in the Torah and the Old Testament, especially the books of Deuteronomy and Numbers, as the place where the Israelites camped on their final approach to Moab.
Petra and Wadi Rum
The crown jewels of Jordan’s tourism industry, Petra and Wadi Rum are the highlight of Jordan’s southern desert heartland.
Here, geology is a natural form of art that shows off its dazzling skills in swirls of sandstone painted in russet palettes on rocks.
Homestays in Jordan have traditionally been most popular here, where visitors can camp out with Bedouins and ride camels across the mountainous desert of Wadi Rum, living out their own personal reenactment of “Lawrence of Arabia” (which was also filmed here).